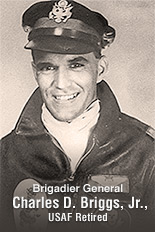 In the early 1980’s, Brigadier General Charles D. Briggs, Jr., USAF Retired, had a vision of a place that provided “Service to those who served.” It would be a military retirement community for former military officers with many amenities that few other organizations offered. It would be a gated community with reasonably priced housing, recreational facilities, health care, minimal initial fees, equity retention, and in-house maintenance.

A plan was developed and submitted.  In this original plan, houses were to be built around the planned 18-hole golf course. State and local authorities objected to the plan on the basis of wetland requirements. Not dismayed by bureaucratic obstacles, the IRCC planners submitted a revised plan, where the houses were interspersed among the holes of the golf course. The new plan was approved, and the planners could then allow new members to reserve the lot of their choice. Those with the lowest membership numbers were offered first choice on available home sites. Progress was being made. Over time, new members could visit the work area and watch earth movers digging the ditches, lakes, and canals needed for the golf course and home locations. IRCC was coming to life, and progress could be seen!

In the early days of IRCC, members of the Board of Directors were appointed rather than elected. One reason for this was that the rewards were close to zero, and board members were expected to meet various expenses out of pocket and perform all manner of jobs. For example, Colonel Howard Peckham, USAF,  was the unofficial supervisor of construction, Lt Col Seymore Berman, USAF,  was the real estate representative, and Lt Col Travis Mills, USA, served as IRCC’s legal counsel. Everyone had a job to perform, and success was completely dependent upon this small group. Their pay was zero, and they were frequently asked to donate personal funds to help meet expenses. It is indeed a wonder that they stayed with the project from concept formulation to actual construction, but they did, and we are appreciative.

On February 19, 1986 the Articles of Incorporation and By-Laws were officially adopted and filed with the State of Florida. The corporation was established as not-for-profit. The Articles stated “the general purpose of this corporation shall be to provide recreational, educational, residential, and health facilities for the benefit and enjoyment of the members. The papers were signed by Brigadier General Charlie Briggs, USAF, Captain Charles Baldwin, USN, and Major General Roy Terry, USAF Chief of Chaplains, who became a third director.

The First Community in Viera – Story on co-founder, Bat Masterson