The Women of IRCC – Jean Beschen 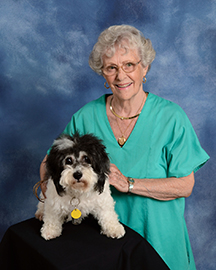 “It was usually dinner time when we would hear the air raid sirens and my parents and I would go to our air raid shelter that my father had built off our basement. My father and I would frequently go out to the garden and watch the “Dog Fights” between the German planes and the English spitfires.”

Jean was born in London, England. Her mother was British and her father Swiss. She had two brothers who did not survive into their teen years due to illness. Jean had a typical European education and learned English, German and some French.

During her teen years, she had many girlfriends. One night six of them decided to go to an upscale restaurant for dinner, dancing music was in the background. A small group of American airmen were two tables away and one of them was Darryl Beschen who came up to the girls table and asked Jean to dance. She said “No”. Later, he came up again and she again said “No”. He came up again and it turned out to be “an enchanted evening” as the beautiful song says “You will meet your true love”. Not too long after, she became an English War Bride at eighteen and Darryl was just a few years older.

They were blessed with two children and later, a third child. The family moved around with his military assignments, but they were always able to have fun, enjoying themselves being active and especially enjoying sports. Even in their seventies, they still enjoyed snow and water skiing, square dancing and ballroom dancing.

In her early twenties, they were living in the Washington D.C. area where she was able to take bridge lessons from an outstanding teacher. She enjoyed the game so much that she later became a bridge teacher at the Alexandria, VA Recreational Department. Jean became a very committed volunteer, delivering sandwiches to the homeless through the Red Cross. She had the opportunity to volunteer at the White House. For a time, she volunteered at an agency helping callers who were depressed and thinking of self-destruction.

Singing had always given her much pleasure, and she always enjoyed taking singing lessons. It was always fun to sing in a choir and she especially liked singing solos at her church. Unfortunately, a health problem developed, making singing very difficult, if not impossible. In her early thirties she was diagnosed with Menieres disease, a disease of the inner ear. This condition can often be debilitating and she lost a considerable amount of her hearing.

Jean has many talents and during her life she has been fortunate to have the time and energy to enjoy and also help others.

Darryl learned about IRCC and with five other military couples, they moved to IRCC in1995. Life has been fun and they enjoyed all of the excitement and the residents.

In 2003, she decided to join an art class in water color painting. Her house has many examples of her lovely work. Being a part of Pat Dugan’s art class is a source of constant joy. Playing bridge remains a pleasure, and she has many friends that she enjoys.

“My dear Darryl became very ill and many treatments followed. We enjoyed his time in remission, but later modern medicine could not stop the ravishes of his disease. Darryl fought a long fight to live but passed away in 2012, surrounded by his family. “Life has been a beautiful journey, as I look back on my sixty-seven years of marriage, I would not change a thing and I truly appreciate all of my good fortune and happy memories’’.