Dedicated on 26 September 2020, the Major General John Cleland Memorial Bridge posthumously honors Maj. Gen. John Cleland, one of but many military heroes who have made their home in Indian River Colony Club. A plaque located at the new overpass of the Pineda Causeway located just west of U.S. 1 notes John’s many county and state contributions, as well as his exemplary military accomplishments. 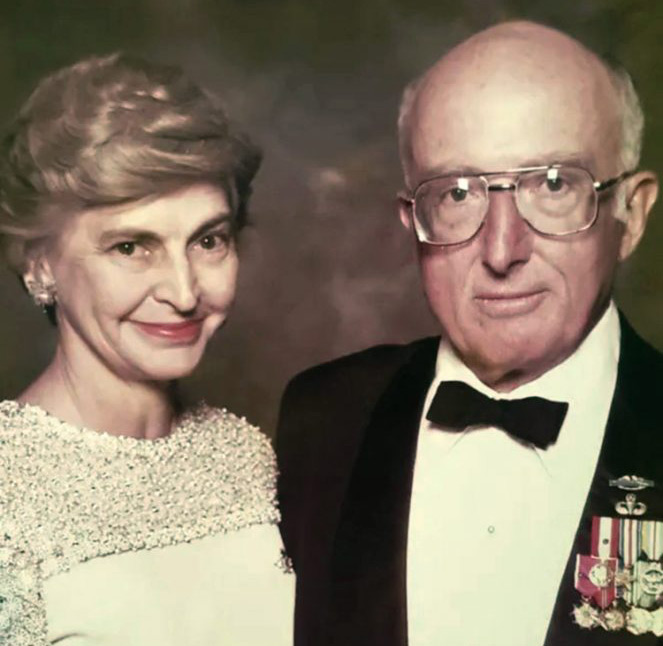 John and Clara moved to IRCC in 2001, joining other friends from MOAACC already living here. While many are familiar with John’s illustrious military career, his wife of 65 years, 1st Lt. Clara Kehoe Cleland, is also an Army veteran. This Spotlight will share with readers the stories of both of these long-time members of IRCC.

John Cleland was born in 1925 into an Army family in Washington, DC. Graduating in 1943 at age 17 from Woodrow Wilson High School, he enlisted in the Army. In WWII, John first served as an enlisted man in the 503rd Parachute Infantry Regiment. Commissioned as a 2nd Lieutenant following Infantry Officer Candidate School, John was assigned to the Philippines, Japan, and later, the Pacific Theater. He commanded a parachute infantry unit in WWII and Korea, where he served as Honorary Colonel of his regiment.

Years later, one of the stories John told about Korea was the “bugle story.” As the Chinese deployed for an attack, their bugle calls increased, continued to escalate during attack, and decreased afterwards. During a sweep of the area after one attack, John found a bugle. Curious as to why the Chinese used so many bugle calls, he discovered that, due to a shortage of radios, the Chinese used bugle calls to direct their forces’ movement into different formations. More than a decade after John’s retirement from the Army, he presented the bugle to the ROTC department at Florida Tech, where it still hangs in the ROTC Military Science Building. The Bugle Award is presented annually to a cadet recognized for leadership qualities including, “personal example, infectious enthusiasm, and encouragement of others.”

In Korea, John served with the 187th Regimental Combat Team, 11th Airborne Div. He was badly wounded in 1951 and brought to the MASH hospital at Chechon. It was there that he first met Clara.

Clara Kehoe was born and raised in Bealeton, VA in 1927. After high school, she lived in Corpus Christi, TX and attended Corpus Christi Jr. College. In 1945 she was accepted to Duke University School of Nursing in the U.S. Cadet Nurse Corps, a program created by Congress to alleviate a critical shortage of nurses. The program provided housing, meals, tuition, books and uniforms, as well as a small monthly stipend. In September 1948, Clara graduated from Duke with a BS and continued work on a surgical ward for one year prior to joining the Army Nurse Corps. After the Nurse Officers Basic Course at the Medical Field Service School, Ft. Sam Houston, TX, she was assigned to Walter Reed Army Medical Center. Less than a month after the Korean war started, Clara was called to go to Ft. Lewis, WA where the 1st Mobile Army Surgical Hospital was being organized for duty in Korea. Her concerned mother told her, “Anytime you want to come home, you just let me know and I will write President Truman.” Four of Clara’s siblings served in WWII. Her two oldest brothers, bomber pilots, lost their lives when their planes were shot down over Europe. Her sister, a Lt. Colonel in the Army Nurse Corps, served in North Africa, Italy and France; another brother was a Marine fighter pilot who flew Corsairs in the Pacific and was recalled to active duty in 1950, arriving in Korea shortly after Clara left. 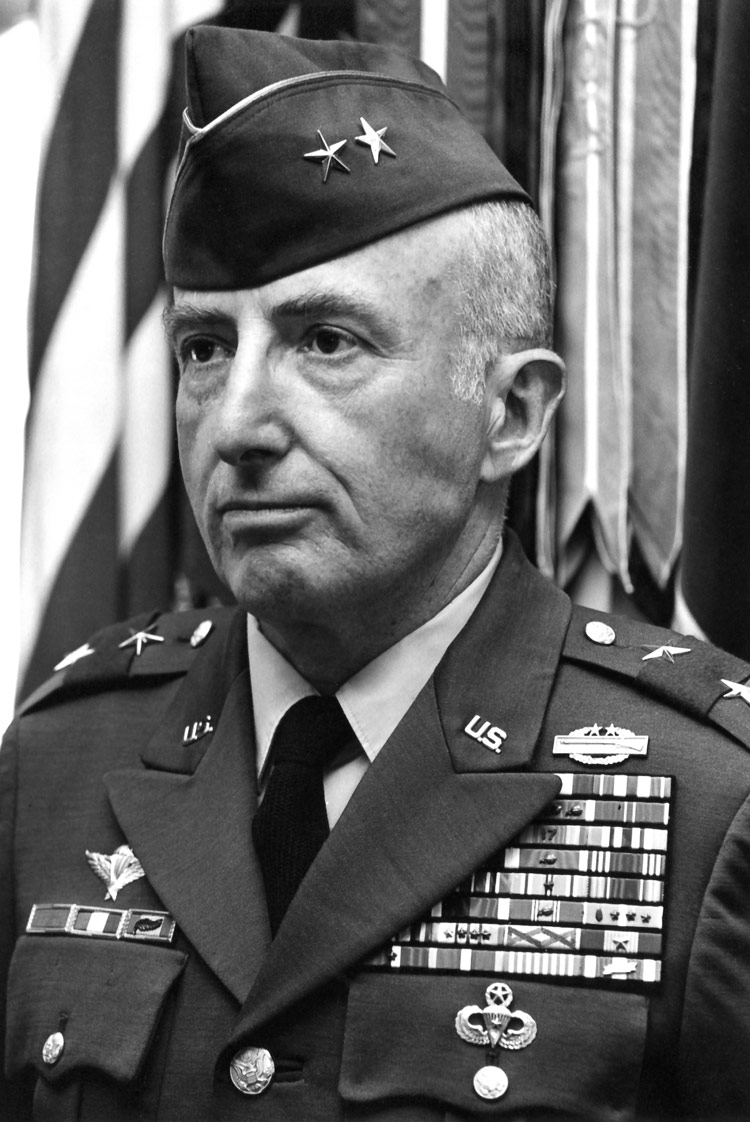 At Ft. Lewis, the nurses were issued fatigues, sleeping bags, and other field equipment required in a combat zone. They boarded the MSTS O’Hara at the port of Olympia, WA, heading first to Yokohama for additional training and work at the 155 Station Hospital, and then to Inchon. Anchoring in the Inchon harbor just days after the Battle of Inchon in September 1950, Clara recalls that the harbor was “an impressive sight with the many Navy ships, large and small, and the battleship Missouri dominating the harbor.” In an old Japanese-built schoolhouse, they cared for injured Korean civilians, many of whom were children. A few weeks later, during their 326-mile trip to Pusan over rugged mountain roads, their convoy was attacked by North Korean Army units. From the ditch the nurses were told to sit in, they could hear shots being fired. At daybreak, the nurses began to care for wounded soldiers. Doing all they could with the limited equipment available, the only patient who did not survive was the gravely wounded company commander. After that ambush, the thirteen nurses of the 1st MASH were known as the “Lucky Thirteen.”

One bright spot in Pusan was seeing the Bob Hope show. Clara says, “It was like a fantasy to see that show in the midst of the war.” In Pukchong, the “Lucky Thirteen” worked twelve-hour + shifts in the sixty-bed (Army cots) hospital. Everyone’s morale was raised one Sunday, though, when Joe DiMaggio and Lefty O’Doul visited the patients. Soon after, the Chinese began crossing the border and they began to receive patients from the Chosen Reservoir battle. When their location was no longer deemed safe, they moved near the port of Hungnam. A couple of weeks before Christmas, the nurses boarded the USMTS Ainsworth, then used as a hospital ship, and headed back to Pusan, then to Kyongju, Andong, and Chechon, where patients were received by helicopter. During the first seven months the 1st MASH was in Korea, Clara says they moved nineteen times. It was at Chechon that Clara first met John Cleland. As Clara tells, “He was carried into the hospital with both arms badly shot up.” After surgery, he was evacuated to the hospital ship, Repose.

In late April, Clara and three other nurses from the 1st MASH received orders to Japan. Clara was assigned to the 35th Station Hospital in Kyoto for five months before receiving orders to return to “the good old USA” and duty at Walter Reed Hospital. It was there that Clara and John reconnected. According to Clara, “There, on Ward One—my ward, was Captain John R. D. Cleland, the patient with the badly wounded arms I had treated at the 1st MASH in Chechon.” Romance bloomed and they were married at the Walter Reed Army Chapel on 1 March 1952, shortly before transferring to Ft. Benning, GA. Clara, who was by then expecting their first child, was honorably discharged that September. As Clara states: “At that time, the Army held firmly to the belief that being a soldier and being a mother were both full time jobs.” Clara’s medals and service awards include the Korean Service Medal with 4 Bronze Stars, the United Nations Service Medal, and the Occupation Medal (Japan).

John was an instructor at the Army Infantry school in 1953, attended the Infantry Officers Advanced Course in 1954, and was assigned to Germany as Range Officer in charge of a 25-square mile firing range. From 1959 through 1961, he taught Special Warfare at the Army Command and the General Staff College. After WWII and the Korean War, John took night courses; he earned a Bachelor’s degree from the Uni. of Omaha in 1962 and a Masters in Political Science from George Washington Uni. in 1966. His next assignment was to Ft. Bragg, NC as Operations Officer for the 82nd Airborne Division where he was tasked with training 15,000 airborne soldiers. John served two tours in Viet Nam, where in 1968 he was, again, wounded. As a Master Parachutist, he commanded parachute infantry units with the 2nd Armored Div., the 503rd Infantry Regiment (Airborne), the 173rd Airborne Brigade, the Task Force South, and the 8th Infantry Div. From 1972 to 1974, John was chief of the U.S. Mission to Cambodia. 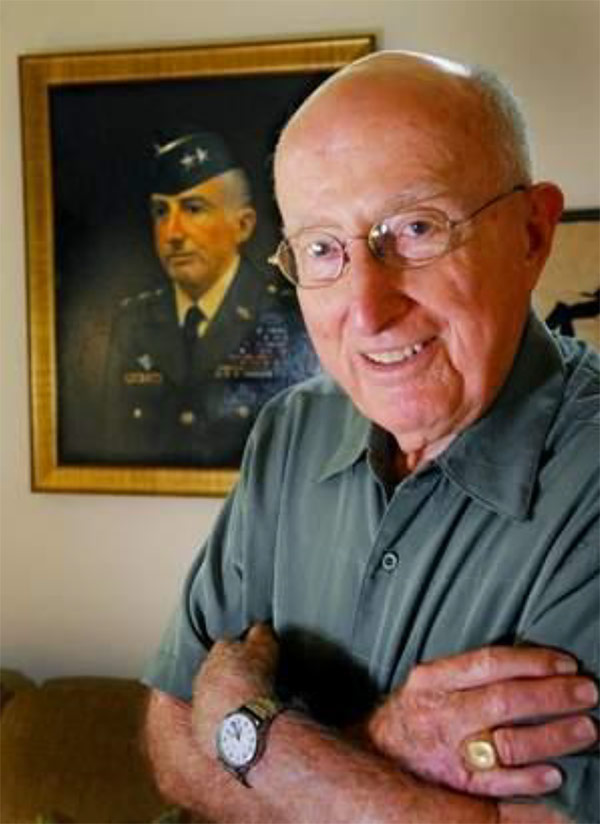 Following his Cambodian tour, John, Clara and their children were, once again, united. Having accompanied John to Georgia, Kansas, Virginia, North Carolina, Nebraska, Pennsylvania, Germany, and Thailand, they went back to Germany from 1975-1977 where John served as Commanding General of the 8th Infantry. John’s next assignment, Director of the U.S. Army Security Assistance Command, would be his last. After 37 years of active service during which time he had gone from a Private to a Major General, earned the Combat Infantry Badge in three wars, and twice served on the Army General Staff and the Joint Staff, Major General John Cleland was ready to retire. His military honors and medals were many: Distinguished Service Medal with oak leaf cluster, Silver Star Medal, Defense Superior Service Medal, Legion of Merit with three oak leaf clusters, two Purple Hearts, and the Master Parachutist Badge. He was also inducted into the U.S. Army Infantry Hall of Fame.

John and Clara moved their family to Florida in 1983. For 19 years, John was a Consultant for Burdeshaw Associates, involved in almost 20 different projects for clients pursing government markets. Almost immediately, John became active in community and state service. Serving as President of MOAACC in 1984, he was instrumental in connecting the small chapter with other civilian and military communities in Brevard, thus doubling the membership. He later served on the Board of Directors, and as chair of numerous committees. John received every award MOAACC presents, including a special “Trophy Cup” presented in 2010 for his years of outstanding service.

Other significant service included, the Cape Canaveral Hospital Foundation Board of Directors where John played a substantial role in hospital expansion, Advisor to Florida Institute of Technology ROTC Panther Battalion, the Brevard Arts Council’s Board of Directors, Commodore and Board of Governors of the Eau Gallie Yacht Club, and the Board of Overseers for the FL Tech School of Business.

As a willing and generous speaker, John gave, on average, one talk per month on topics of national defense, leadership, war experiences, patriotism, American values, and threats to America. Recognition for his public speaking are numerous, and include a Roman Gladiator short sword and scabbard mounted on wooden plaque from the Army Officer Candidate School. Given his incredible service, both during and after his military career, it is certainly no wonder that John was selected for the inaugural class of the Florida Veterans Hall of Fame in 2013.

A quote from the Resolution passed by the Brevard Board of County Commissioners on 22 November 2019 provides a very appropriate ending to this narrative: “The Board of County Commissioners and a grateful community would like to honor and recognize him in perpetuity for his lifetime of service to our county and our country. NOW, THEREFORE, BE IT RESOLVED THAT THE BOARD OF COUNTY COMMISSIONERS OF BREVARD COUNTY, FLORIDA, does hereby name the soon-to-be-constructed bridge over the FEC railroad on Pineda Causeway the ‘Major General John Cleland Memorial Bridge’ Let this serve as a reminder to all of the life of this great public servant.”