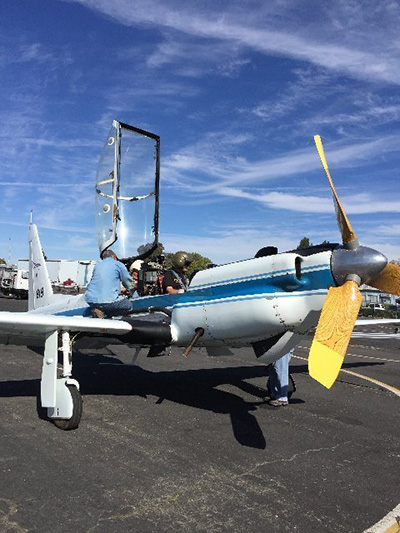 During his 33 year Army career, Ed was the project manager of five engineering aircraft development programs. During that time, he became renown throughout Army Program Management for rescuing failing programs, fixing them, and bringing them to fruition. One such program known to all was the famous Army Apache helicopter. However, long before Ed gave America the Apache, he managed a super-secret program known as the “Quiet Aircraft” to support our war efforts in Vietnam.

The requirements for the Quiet Aircraft were “simple”: develop a manned aircraft that could fly at night 500-to-1,000 feet above the ground, be undetectable by the human ear at that altitude, interdict men and materiel coming down the Ho Chi Minh Trail, the water ways, and coastal regions to resupply the Viet Cong, and illuminate them with infrared and laser designators to guide smart bombs and other munitions to their targets.

Eleven Quiet Aircraft were built, and nine were deployed to Vietnam. Four aircraft crashed, and after the war, the remaining seven were taken over by various government agencies and museums. One of those aircraft was eventually procured by The Vietnam Helicopters Museum in Concord, California. Sometime after the Vietnam War, a group of those who flew and maintained the Quiet Aircraft banded together and formed The Quiet Aircraft Association which meets annually to have fun and share old memories. It was at this year’s reunion held at The Vietnam Helicopters Museum that Ed Browne got to once again fly his beloved Quiet Aircraft. Ed returned to IRCC with lots of pictures of his Quiet Aircraft, two of which are shown here, and many stories that he’s sure to share, if you only ask.