IRCC Recognized for Service to Veterans 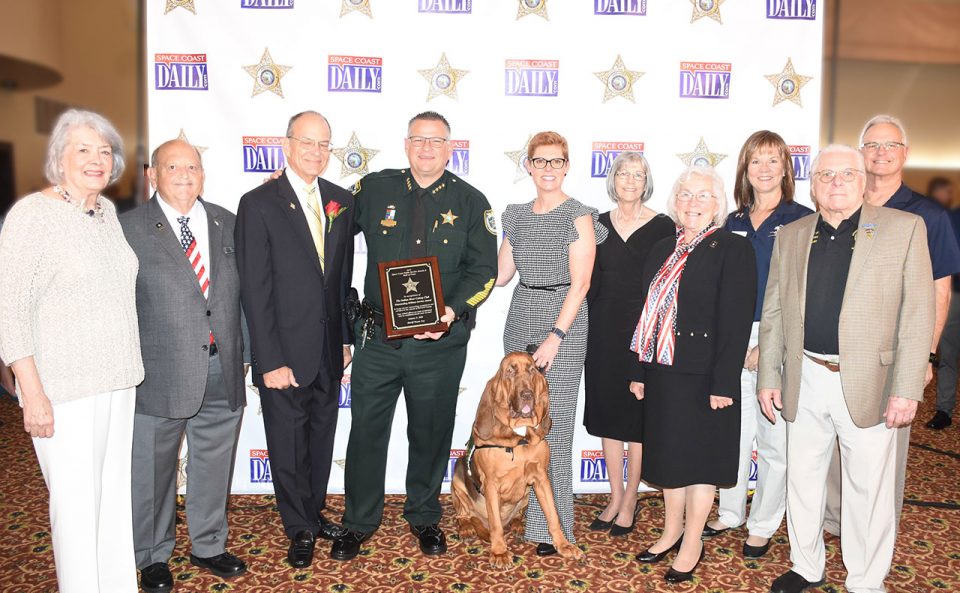 (VIERA, FL) January 27, 2020 – Indian River Colony Club in Viera is a patriotic community with a culture of giving. Just ask any of the dozens of organizations that benefit each year from the generosity, hard work and volunteerism of its residents. On January 11 in Cape Canaveral, Indian River Colony Club was honored at the Space Coast Public Service Awards and presented with the 2019 Outstanding Military Service Award by Sheriff Wayne Ivey. The nomination submitted on their behalf read, in part: “Comprised mainly of military retirees, Indian River Colony Club is a 55+ Viera neighborhood committed to the wellbeing of our country, community and fellow veterans. Residents from “The Place Patriots Call Home” have dedicated their lives to military service and continue their efforts in retirement, with a host of ongoing efforts for the betterment of Brevard County veterans and our regional military community.”

In addition to significant contributions made by the community’s charitable foundation, the award cited ongoing service and generosity toward veterans and military-related causes, including participation in and/or donations to veteran related organizations, including the Veterans Transitional Facility, Down the Road Thrift Shop, the Veterans Administration, the Cape Canaveral Ladies, the Cape Canaveral Cemetery, the USO (United Service Organizations), Honor Flight, Patrick Air Force Base, Veterans Treatment Court, Veterans Memorial Center, Wreaths Across America and more.

Viera’s very first neighborhood, Indian River Colony Club is known as “The Place Patriots Call Home.” A haven for military retirees, the par-72 private golf course community has a patriotic culture and country club amenities for active adults aged 55 and over. In 2019, IRCC received the 2019 Best of Melbourne Award in the Country Club category by the Melbourne Award Program. Also in 2019, editors at TopRetirements.com named them one the Most Popular 55+ and Active Communities in the Southeast. The honor followed on the heels of inclusion in the 2018 list of Top 20 Golf Communities in North America by GolfCourseHome.com.

About Indian River Colony Club – Viera’s very first neighborhood, Indian River Colony Club was originally conceived as a retirement destination for military retirees. IRCC began to take shape in 1986, its vision to create a private country club-like environment for members. Membership has now expanded to include non-military personnel who want the energetic, patriotic lifestyle cultivated by three decades of members. Still predominantly a haven for military veterans, IRCC maintains a culture centered on service to others. IRCC is a gated golf course community of nearly 800 homes on 453 acres in Viera, owned entirely by its membership. “The Place Patriots Call Home” enjoys 24-hour gated security, a generous maintenance package and a full complement of newly renovated and 100% debt-free country club amenities for active adults aged 55 and over, including an 18-hole, par-72 private golf course designed by acclaimed Florida golf course architect, Gordon G. Lewis. The patriotic neighborhood was named one of the 2018 Top 20 Golf Communities in North America by Golf Course Home Network.