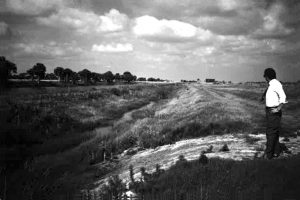 Behind the walls on Murrell Road and Viera Boulevard, Viera’s very first neighborhood is marking its 35th anniversary.  Conceived as a retirement destination for military officers, Indian River Colony Club began to take shape in 1986 with retired General Gordon “Bat” Masterson leading the development charge.  Working with principals from the Duda family, co-founder Masterson overcame numerous difficulties and setbacks to finance the project and create a private country club-like environment for members.  Today, 100% debt-free IRCC is a gated golf course community of nearly 800 homes on 453 acres in Viera, owned entirely by its membership. The community enjoys 24-hour gated security, a generous maintenance package and a full complement of newly renovated country club amenities for active adults aged 55 and over, including an 18-hole, par-72 private golf course, designed by Gordon Lewis.  Membership at “The Place Patriots Call Home” has now expanded to include former enlisted personnel who want the energetic lifestyle cultivated by over three decades of members.  The community is celebrating the February 19 anniversary, with a special publication for members commemorating 35 years in Viera.

Although Indian River Colony Club was the first neighborhood built in the new town of Viera, the private community was not a project of the Viera Company.  Senior family members and key employees of A. Duda & Sons in Oviedo nevertheless helped the fledgling neighborhood at several key points before and during construction.  Scott Miller, Senior Vice President of  Sales and Community Development for The Viera Company, notes the unique place held by Indian River Colony Club in the creation of Viera. 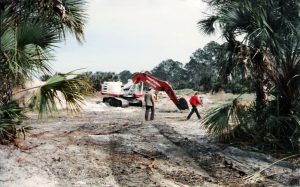 “IRCC was one of the first seeds from which Viera grew. It was the success of IRCC that helped foster the idea of Viera as more than just a collection of subdivisions and spawned the vision of building a master planned community with a thoughtfully designed network of roads and trails and a full complement of uses,” said Miller.  “The word “Viera” means “faith” in the Duda family’s native Slovak language and it is our collective faith that has allowed us to earn the 2020 ranking as the 16th top selling Master Planned Community in the country. “We gratefully acknowledge the determined visionaries like General Masterson and early residents who believed in our bold idea. Happy 35th Anniversary to our friends at IRCC.”

Today, the secure, gated community is home to dozens of clubs and an abundance of activity options.  On any given day, member/residents can golf, play tennis, swim, dine or attend a lecture or performance — all without leaving Indian River Colony Club.  Still predominantly a haven for military veterans, IRCC maintains a patriotic culture centered on service to others.

General Manager and Chief Operating Officer for Indian River Colony Club, John Robinson reflects on 2020 and looks ahead to the future of the community.

“As IRCC celebrates its 35th anniversary, the community can look back on 2020 with a sense of pride for how well everyone pulled together as a team,” said Robinson. “Outdoor recreational activities kept the membership connected, the Club continued to prepare food seven days a week throughout the pandemic, and Maintenance continued to answer calls and maintain our homes in tip top shape.  I want to wish IRCC, all its members and all its staff a happy 35th anniversary– year 36 may be our best yet!”

On February 19, 1986, the articles of incorporation and by-laws were officially adopted and filed with the State of Florida. The corporation was established as a not-for-profit. An excerpt from the original documents states: “The general purpose of this corporation shall be to provide recreational, educational and residential facilities for the benefit and enjoyment of the members.” The papers were signed by Brigadier General Charlie Briggs, USAF, Captain Charles Baldwin, USN, and Major General Roy Terry, USAF.